31 Dec 2021: This is a temporary mirror site, while we’re sorting hosting issues. I apologize for the inconvenience.

While working on related books, I’d asked a friend to manage the Mandela Effect site. Apparently, he didn’t notice that my hosting service had vanished.

Short-term, WordPress.com is reliable hosting – with some traffic limits – though this version of the site isn’t entirely current.

MandelaEffect.com was – and still is – the original Mandela Effect website. I’m Fiona Broome, and I launched the Mandela Effect site in 2009, many years before the topic became a popular (and sometimes controversial) concept. 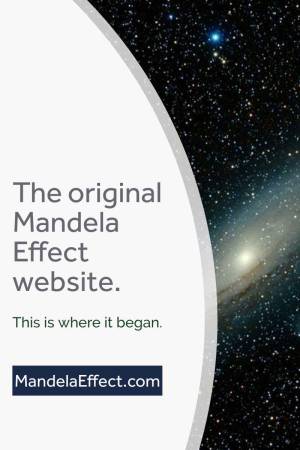 Over a dozen years later, traffic overwhelmed this site, so most of the original content has been published as books.  (As of Jan 2022, I’m reformatting those books for Amazon, Kobo, etc. They should be available to you – and to public libraries, in digital and print formats – early in 2022.)

My articles – and this community’s discussions – ranged from mental cosplay to sci-fi/quantum physics, with plenty of lighthearted banter in the mix.

In the early days, this was great fun.

Today, the topic grows daily. It’s taken on a life of its own. It’s discussed at Reddit, YouTube, on TV and radio shows, and across the Internet.

Do I take all of these conversations seriously…? Of course not.

In fact, I rarely talk about this topic in real life. I don’t participate in any forums about it, either.

Of course, I believe there are a wealth of unanswered questions about the Mandela Effect.

But I don’t think there’s a single, universal explanation.

I urge people to avoid the extremes of fearing they’re losing their minds, dismissing all of it as conflation, or thinking it’s a sinister conspiracy.

Here’s my summary of the Mandela Effect:

And here’s one of my more popular videos, urging people to trust their memories:

For more information about the Mandela Effect, see these articles at this website:

Online since 2009, this is the home of Fiona Broome‘s original, official Mandela Effect website. Past articles and comments appear in books you can read (free) in Kindle Unlimited or through your public library.